A meeting to further understanding of the work of the home, its formulation, and importance in the development of human and social capital. With a special focus on the "Professional Work" needed to create a well-functioning home.

Professor John Rist Chair in Philosophy at the CUA initiated proceedings with his paper VULNERABILITY: CHARACTERISTICS OF WORK IN THE HOME. He said that when we are confronted with examples of vulnerability we have two fundamental options: we can either manipulate, abuse or ignore the vulnerable to our own supposed advantage, or we can try and reduce their vulnerability.

Many modern philosophers base their moral thinking upon rights, but Rist argued that in ethical reasoning there is an older and more basic notion, which is: What I ought to do, whether for myself or for others, and particularly for certain groups of more or less unprotected others. If we abandon this Socratic principle and take rights as our starting point the physically vulnerable, whether in virtue of being pre-born, minors, or too old to be able to look after themselves, will be excluded; as we see in today’s society they are often eliminated from the rights-based universe.

He asked if being vulnerable is a good thing and gave three reasons for answering this question affirmatively:

Dr Patrick Fagan from the Marriage & Religion Research Institute started his paper entitled PURPOSE, QUALITY & DYNAMIC OF THE WORK OF THE HOME & ITS IMPACT ON PHYSICAL & CHARACTER DEVELOPMENT OF PERSONS by distinguishing between a house and a home. Today, young couples feel the need to learn how to perform the task of making a house a home because they do not depend on a tradition anymore.

He cited the biggest crisis we face today as that of identity: male and female. Husband and wife are less and less able to stand each other: only 46% of 16 year olds in the US are now living in a family with mother and father.

Other topics dealt with included :

Professor Lotte Bailyn from MIT, studied THE HOME AS A PROFESSIONAL WORKPLACE from 4 different perspectives.

The historian Dr Ann Brodeur of the University of St Thomas, Minneapolis treated us to a paper on HISTORICAL PERSPECTIVES OF THE WORK OF THE HOME concluding that while modern advances have brought modern conveniences and efficiency into our homes, they have also introduced challenges to the social cohesion of family and community.

She focussed on the work of three very influential American women who argued that caring for the home was a legitimate, necessary, dignified profession and who sought to promote this argument in the specific context of an urbanizing, industrializing America in which ideas about public and private spheres were shifting.

For the first Catharine Beecher (1800-1878) the home was a social, civic and spiritual school. She was followed by Ellen Richards (1842-1911) a woman with two great passions: to create more avenues for women’s education and elevate housekeeping to a subject worthy of academic study. With Richards the focus shifted from spiritual training to the material quality, organization and maintenance of the home.

In her conclusion Brodeur included the following as effects of industrialization. 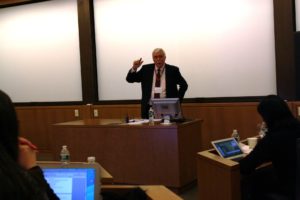 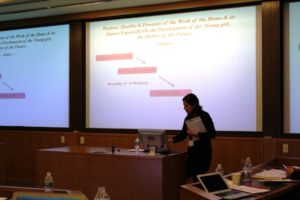 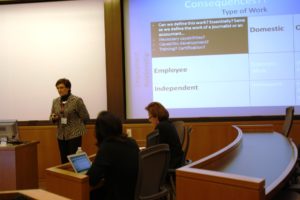 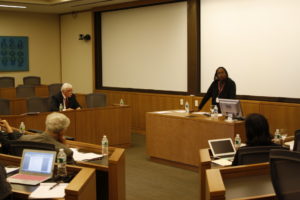 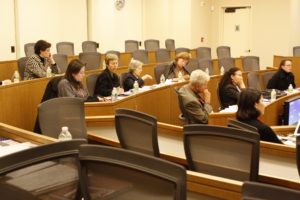