Home Renaissance Foundation and its UK-based partner, Mothers at Home Matter, launched the results of the British Report of the Global Home Index at the House of Commons.

The guest speaker, Miriam González Durántez applauded the fact that a very substantial amount of our GDP is generated through the support network of the home but said “historically the home has been run by women who didn’t have any power in society. Their contribution has gone therefore unrecognised.”

Following the idea of British journalist Colin Brazier, of Sky News UK, the survey is a comparative study measuring perceptions on the work of the home in 20 countries.

According to the study, answered by over 9, 000 people worldwide, around 60% of participants strongly agreed that homemaking can teach skills applicable to other areas of life. However, at present few families appear to be regularly distributing tasks amongst themselves (15-25% of those surveyed).

One of the lessons to be learnt from the home study includes healthy eating. With almost half of participants claiming to routinely cook homemade meals, many clearly recognise that the home is a critical source of nutrition and paves the way for future dietary awareness. Miriam González relates strongly to this since she feels absolutely satisfied being a homemaker and having built her own home. Her greatest recognition comes from their boys and she joked:  “I am a Spanish Mum so I find myself doing the same things my mother did and with the same ruthlessness. My boys will recognise that, as far as they are concerned, no-one cooks as well as their Mum!”

One of the things that was discussed when the dialogue was opened was the meaning of success. “I am not more or less feminist for following my husband and leaving my job in Brussels because the decision was born from my freedom of choice”, Miriam González Durantez said.

According to Miriam González Durantez, the concept of success is changing. She would not be a successful woman if one side of her life failed. Both family and professional lives should come together to consider that it is a success. She recognises that her success comes not only from her effort and hard work but the environment where she grew up.

The research points out that the home must be considered in the design of future public and corporate policies. And it should serve as a reference point when considering the societal benefit of a new policy.

Fiona Bruce, MP for Congleton, who hosted the event, confirmed that she and David Burrowes have lined up a meeting with the Prime Minister to discuss future policy that puts the family first. 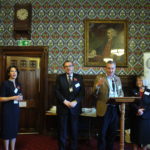 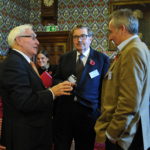 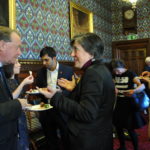 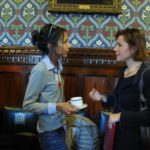 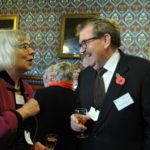 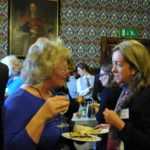 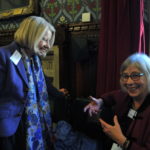 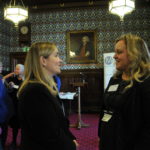 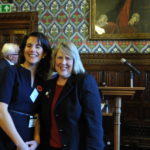 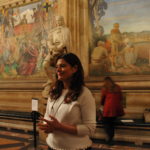 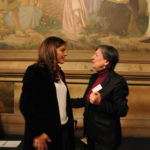 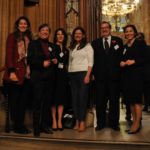