Housework is a dirty word in more ways than one when the work of the home should be valued as a vital building block of a healthy society and a key resource to inform such wider issues as how to reduce waste and carbon. A distinguished panel of speakers at the Sustainable living: Professional Approaches to Housework conference discussed the negative image of housework and how it can be given a 21st-century makeover to rid it of the negative connotations in modern culture of “drudgery”, “repetition” or of “women chained to a kitchen sink”.

Chairman of the Home Renaissance Foundation Bryan Sanderson CBE said that the role of housework in our society needs a fundamental rethink in order for it to be recast as a professional activity and a valuable resource that can contribute greatly to debates of sustainability. “The word housework does not have good connotations in the world,” said Sanderson who is a former managing director of BP and chairman of Standard Chartered Bank, BUPA and the Learning and Skills Council. “For the work in the home to be recognised as a vital part of our society there will need to be much thought, study and discussion, which does not happen very often.”

A distinguished panel, including academics, economists, business executives and journalists, gathered at the third Home Renaissance Foundation conference at the Grocers’ Hall, London on March 17 to discuss how to turn this negative perception around. The first solution, presented by Professor Sergio Berlandelli of the University of Bologna, was for modern culture to put more emphasis on the family and the home as opposed to the individual. “The dominant culture at the moment sees the home as a private matter and not a prominent part of building a healthy society even though it has a crucial role to play,” said Berlandinelli who teaches on the history of sociological thought. “A huge part of the resources of society depend on the family and the home yet we consider the home as if it were simply a place of cooking and cleaning.” While acknowledging some of the benefits that the neo-liberal society places on individualism, such as “an end to the subjugation of women”, he also emphasised some of the great costs to a society that places less value on family ties. “People find it more difficult to have settled social relationships with themselves and others.

Young people have no sense of belonging to something or someone and no feeling of upbringing. They do not feel that they have anything significant to pass on and are rootless.” He called for a rebalancing in favour of the family and the home: “If it is true that the human being must be at the centre of every society and that the family represents the best environment in which this person grows and develops independence and social potential, then it is necessary to ensure that work carried out by family in that respect is also recognised and promoted socially. The family must not be left alone.”

Helen Kersley, a researcher in the Valuing What Matters Team at the Left-leaning thinktank the New Economics Foundation, suggested that all working people in the UK should be employed for 21 hours a week, enabling the amount of available labour to be shared out and giving everyone enough time to concentrate on important work of the home and family life. The work of the home is a “core economy” that needs to be more rewarded, she said. “We need to rethink the system of value that we attach to that core economy,” she said. “We need to rethink the distribution of work and time. If we can underpin the core economy we can prevent social problems from arising and we can prevent a very high bill later down the line. The family and the community are so fundamental to our society but we have a system that only rewards market activity.”

David Stover, Vice-President of Information Technology Transformation at Sears Holdings – a $45 billion business that runs retail operations in more than 4,000 locations in North America – argued that market forces, and not the state, would work in favour of improving homes and the work of the home in future because, as consumers, householders are increasingly powerful. “The household directs the rules of engagement with business,” he said. “The head of the household chooses who to interact with and how. Through advances in IT businesses and retailers can have a more intimate relationship with householders as in days gone by when householders would use the store on the street corner for all their domestic needs. The big companies that do not adapt to this will die.”

Marie Claude Hemmings, a policy adviser at the Federation of Small Businesses, spoke of the need for labour markets to show even greater flexibility to enable more homeworking and thereby free up time for the work of the home. In the UK, promises of better broadband coverage need to be delivered, she said.

The journalist and presenter of Channel 4’s How Clean is Your House, Aggie Mckenzie addressed the more practical question of how housework can be transformed from a “necessary evil” (a phrase that was challenged by some of the delegates) for the person actually doing it. She shared with the audience some of her experiences on the show of engaging with families where mess had built up and the parents had “given up”, creating misery and chaos that contribute to the health and social problems that the NHS and other agencies spend billions of pounds dealing with. She called on families in the home to all “muck in together” and that housework could be fun. “Something often has to give in our busy lives and it’s often housework,” she said. “We should teach our children early on how to clean and tidy and be rigorous about it; everyone in the household needs to muck in,” said Mckenzie who added candidly that she had failed in this in regard to her own children and that woman in general are still doing the majority of housework in the home. She concluded by presenting her idea of a happy household where everyone is engaged in the war on dirt, mess and chaos. But, she added: “Having a military regime of making your house a germ-free zone doesn’t help either. It should be clean enough to be healthy but dirty enough to be happy.”

Delegates then shared their own experiences of how housework could be turned into valuable work in its own right and how it does not have to be overwhelming and repetitive provided it is approached with good organisation and like a professional job. Above all, delegates heard that no work is so important that you can’t read your child a story or spend time with your spouse. Mckenzie asked one super-mum delegate, who has 12 children, to share how she and her husband organise the housework. Her stories, which included one about the days when the family’s two washing machines are reserved for only socks, made delegates laugh but were also greeted with spontaneous applause. 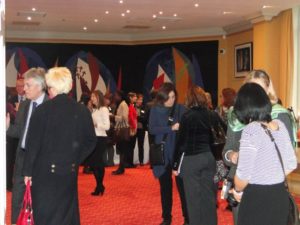 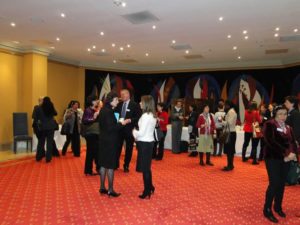 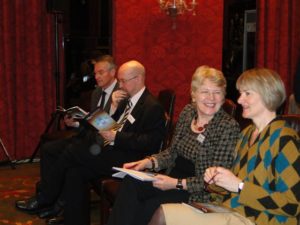 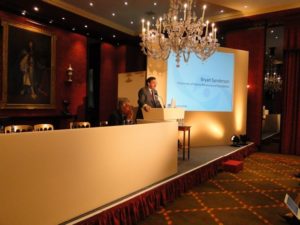 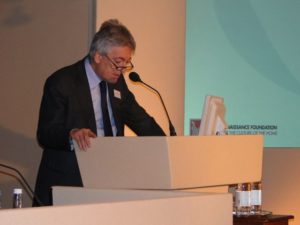 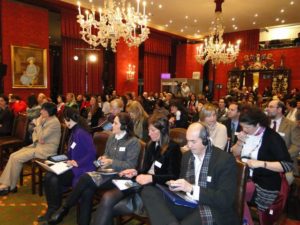 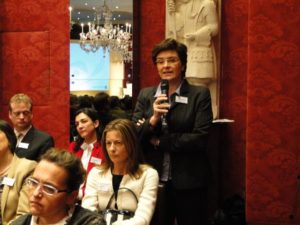 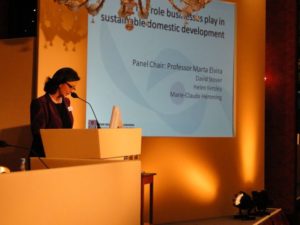 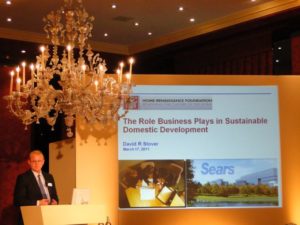 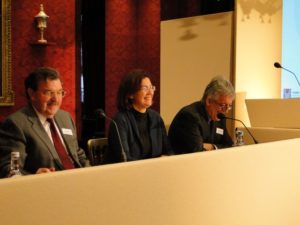 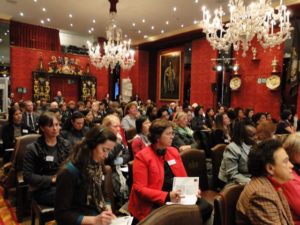 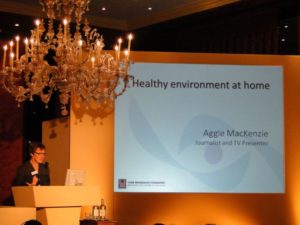 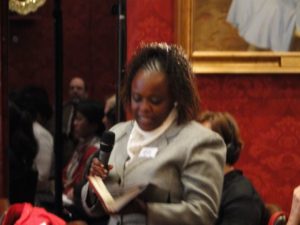 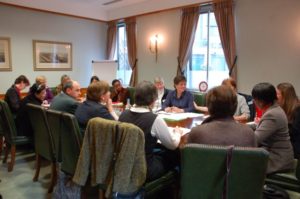 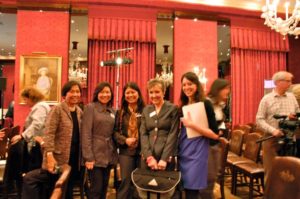 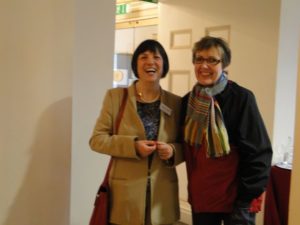